Together we connect expertise 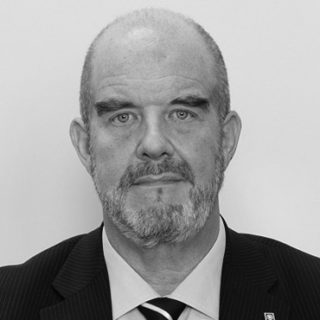 Mr. Goglis has accumulated extensive experience in the areas of GRC, Cybersecurity, ITSM, BCM and Audit. He worked as a Software Engineer and joined Intrasoft International as Quality Assurance Manager in 1998. In 2002 he joined OCOG ATHENS 2004 as InfoSec Manager. Since 2005, he has been with Alpha Bank initially as IT InfoSec Officer and Deputy Manager managing the areas GRC, InfoSec, Audit and the ISO Management Systems. Since June 2017, Mr. Goglis is Manager of the Cybersecurity Division and InfoSec Manager for the Alpha Bank Group. Mr. Goglis holds the professional certifications of CRISC, CISM, CISSP, BCCLA, ITIL.